A security guard has reportedly confessed to shooting dead 39 people during a 10-month killing spree - sparking fears he could be one of the world's worst serial killers.
Tiago Henrique Gomes da Rocha blasted 16 women as well as homeless people and transvestites, according to police.
The 26-year-old, who was arrested on Tuesday, is alleged to have shot all his victims dead from a motorbike after shouting “robbery”, then fled the scenes without taking anything.
The victims included a 14-year-old girl killed in a park in January and two women in their mid-twenties murdered in May.

The random killing spree sparked panic among residents in Goiania, Brazil, and led to a massive manhunt.
Police say the suspect, who lived in the Goias state capital, has also confessed to killing transvestites and several homeless people.
Officers swooped on Gomes da Rocha after discovering he was facing trial for stealing the numberplate on a motorbike at a supermarket in Goiania in January.
Days later he was was stopped by police riding a motorbike with a fake plate.
The suspected murder weapon, a .38 revolver, was seized from the home he shared with his mum during a search along with a motorbike and stolen plates.
He was being held in prison last night after being remanded in custody.


Local reports said he told police before being taken to prison that he killed his victims to alleviate feelings of anxiety.
Police chief Joao Gorski, who revealed Gomes da Rocha had confessed to the murder of 16 women, said: “I believe he is a serial killer. To start with he killed at random but towards the end he established a pattern.”
Goias state governor Marconi Perillo added: “I have received confirmation of an excellent piece of news, the identification, arrest and remand in custody of the killer responsible for the deaths of women and street people in Goiania who even confessed to his crimes.
“I never doubted the investigation would lead to the solving of these crimes that affected the tranquility and integrity of families in Goiania.
“I know this won’t fill the hole left by the deaths of loved ones but I am sure it will serve as some comfort to their families and society.”
Families and friends of the women murdered this year staged a series of demonstrations to put pressure on the police and local government.
They wore white and carried photos of the victims.

The list of the 15 most prolific modern serial killers is topped by Colombian Luis Garavito, a child murderer and rapist known as La Bestia or The Beast.
He is thought to have killed more than 400 mainly street children. His proven victim count is 138.
Pedro Rodrigues Filho, Brazil’s most prolific killer, claimed to have killed over 100 victims, 47 of them inmates. He was convicted of killing 71 people.
He killed his first two victims at the age of 14 and murdered his father and ate a piece of his heart.
The handsome Brazilian accused of being one of the world's worst serial killers has spoken for the first time about his murder spree, chillingly claiming that "when the thing comes ... you have to do it".
Tiago Henrique Gomes da Rocha, 26, was arrested in connection with killing at least 39 people - mostly young women, homeless people and transvestites - over the course of seven months in Goiania, Brazil.
The majority of his victims were allegedly gunned down from a motorbike as the loner, who worked nights, cruised the streets of his home city.
The youngest was a 14-year-old schoolgirl who was shot dead as she walked along a road in January. At least 16 of his victims were women.


Speaking to Brazil's Jornal Nacional news programme on TV Globo, Gomes da Rocha said he was motivated by "a great anger" and that killing was the only way to "get it out of his system."
He said: "I tried to do other things to get it out, but they didn't work."
And he indicated that the number of people he has murdered could be much higher than police had originally thought.
Claiming he started killing at the age of 22 - three years earlier than investigators believed - he said: "There could be 41 or so. I can't really remember."


Gomes da Rocha said he would choose a victim entirely at random after pondering over murder for "some days".
He said: "The first time I did it I got frightened, but there's no other way is there?
"When the thing comes and you have to do it."
Asked what the "thing" was, he added: "There's no way of explaining it. It's a really great anger.
"I would think over it for some days. There was no type. Man or woman, that had nothing to do with it, but they had to be people I didn't know."


Gomes da Rocha said he had been bullied at school: "I was quieter than the other kids. I suffered mental and physical aggression.
"I don't know if that has anything to do with it, but these things accumulate inside you."
He also revealed he had been sexually abused by a neighbour when he was eleven years old.
He said: "It was for about a month. He threatened to kill me if I told anyone. I've never told anyone."
Asked what he felt the morning after a murder, he replied: "I wasn't happy, no. There was the feeling of regret for what I'd done."
He added: "If I have a disease, I'd like to know what it is, and also if there is a cure.
"I'd like to ask for forgiveness, but I think it's too difficult to ask for forgiveness right now."
Meanwhile, members of Gomes da Rocha's family have spoken of their shock at his arrest and televised confession.


His aunt, who refused to be named, said she still didn't believe her "humble and polite" nephew was guilty of the shocking series of murders.
She said: "He was brought up without a father and as his mother needed to work, his grandparents looked after him.
"All he did was go out to work and look after his mother. He doesn't have a girlfriend, he's not the type to go out to parties, he doesn't have friends.
"He is a humble and polite person. He finished his schooling, did a course to work as a security guard and got a job.
"I don't think he's guilty. The police are trying to put this on anyone because there is so much pressure from the press and the families of the victims."


His aunt added that Gomes da Rocha's 72-year-old grandfather has been rushed to hospital twice in the last few days after suffering anxiety attacks.
"We are all on sedatives," she said. "There have been fainting and crying, and no one in the family can face going to work.
"It's too difficult for us to believe. He's a laid-back guy, he was working in a good job and sorting his life out.
"Why would he be killing people for nothing?"
The serial killer always stuck to his system.
Prostitutes were stabbed. Homeless men were shot. Gays he choked.
And young women — the victims he came to savor killing the most — he would shoot in the chest.
That was the modus operandi of Tiago Henrique Gomes da Rocha, the Brazilian serial killer who has confessed to murdering at least 39 people in just three years, making him of the most prolific killers in the world.
Rocha, 26, was arrested Tuesday after being pulled over in the city of Goiania, when local police found he was facing trial for stealing a motorcycle's license plate in January.
He was stopped while riding with fake plates on the motorcycle he often used during the murders, when he would drive by and attack random victims before speeding away.
A day later, he confessed to killing 39 people — 15 young women as well as prostitutes and random people he thought to be gay or homeless.
In a sick twist, it has been revealed that Rocha was in a romantic relationship with a pretty church girl with long hair, her appearance similar to that of his victims, the newspaper Folha de S. Paulo reported. +18
This is the moment confessed killer Tiago Rocha, 26, described his 20th murder to police Lilian Mesquita, 28, was the 20th victim Rocha confessed to killing
Cops say he may have been engaged to the young woman, who would often take him to her Assembly of God church.
Rocha began killing in 2011, at first targeting homeless people, gays and prostitutes. His first victim was a man, the first of 17 males he would eventually kill.
This year, he turned his attention to young women.
His first young female victim was 14-year-old Bárbara Costa, who had been waiting for her grandmother in a public square on January 18 when a man riding a motorcycle shot her in the chest and left without taking anything.
The next day, 23-year-old Beatriz Moura was shot also by a man in a motorcycle. He once again didn't take anything.
In all, he killed 15 women in seven months in Goiania, a city of 1.3 million people located some 200 miles from the country's capital of Brasilia. They were ages 14 to 29.
Even as late as Sunday, he had once again tried to kill a woman — but the attempt was foiled when his gun didn't go off, and he ran away. +18
Victim Wanessa Felipe, 22
In an interview with Folha, he said he was 'moved by a greater power' and regrets the crimes.
'I wanted to say that I am remorseful, that I wanted to have a chance to pay for what I've done — to ask for forgiveness,' he told Folha.
Rocha spoke little, his eyes downcast. He paused frequently and gave short answers.
He said he was feeling 'badly, very badly' about the killings.
He wouldn't explain why he killed so many people, and avoided personal questions but to confirm that he had problems in his childhood.
It was 'stronger than me,' he told Folha. 'I couldn't explain.'
He was asked twice about the number of victims. The first time he refused to answer. The second, he said only: 'No comment.'
He would often drink before the killings because it would give him liquid courage to proceed, Folha reported.


But others who knew him said they were shocked but not surprised.
A married woman who claimed to have had an affair with Gomes da Rocha, said he turned aggressive after she called off the relationship when her husband became suspicious.
She said: "At the start we had a lot of fun. He even looked after my children at times. While I was with him he didn't show himself to be this monster they're talking about."


After she put an end to their affair in November 2013, he continued to live for a time in a dwelling at the back of the couple's home.
The woman, who asked not to be identified, said: "He would shouted and swear, slam the door, and keep looking over at us with a face contorted with rage.
"Sometimes he would just walk into our house without being invited.
"There was occasions when I would be looking at myself in the mirror and suddenly I'd see his reflection looking at me."


One school friend of Gomes da Rocha said he was always an quiet and introspective young boy.
The man, who didn't want to be named, said: "I grew up with him, I'm absolutely horrified.
"He was bullied at school because he was tall and gangly. Kids on the street called him names because he was lanky and strange.
"We never saw him with a girlfriend. I think all of this was an outlet of everything he was keeping inside."
Gomes da Rocha's mother told Brazil's Globo G1 website she believed her son was innocent.
"I'm certain that he is innocent," she said. "I and my whole family are devastated.
"It is impossible for us to believe that he could kill even one person. Imagine all of these things they are saying he did."
في أكتوبر 19, 2014 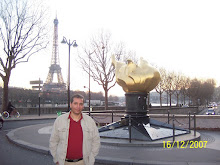 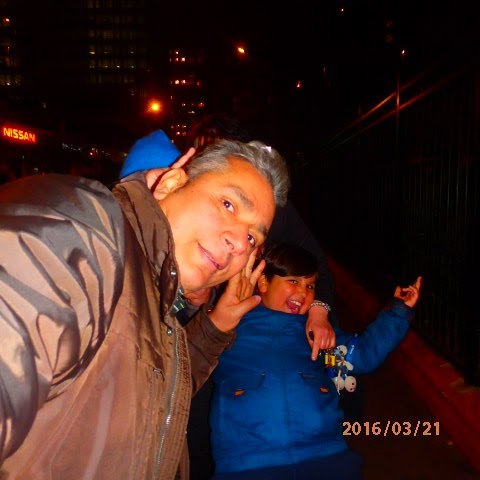